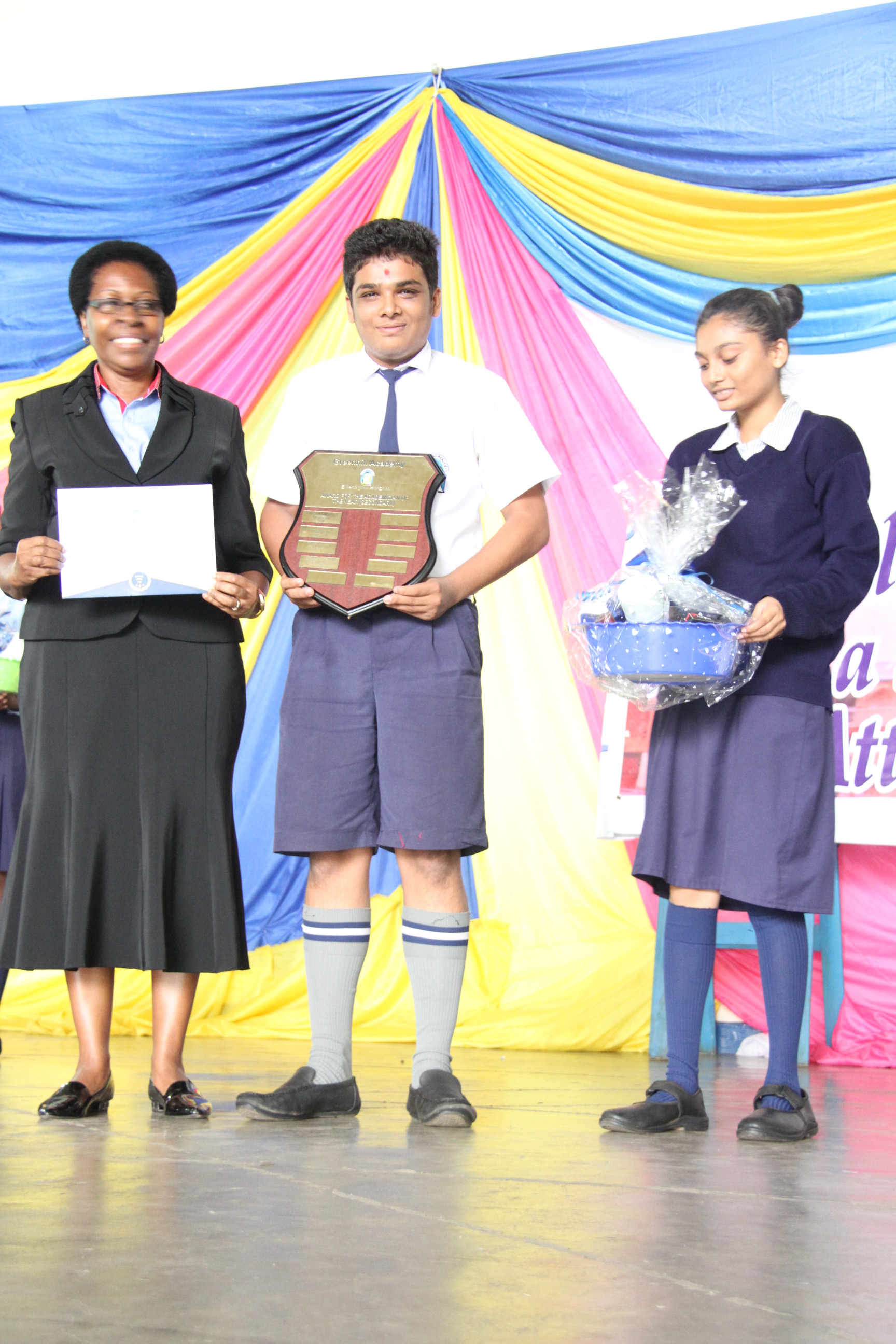 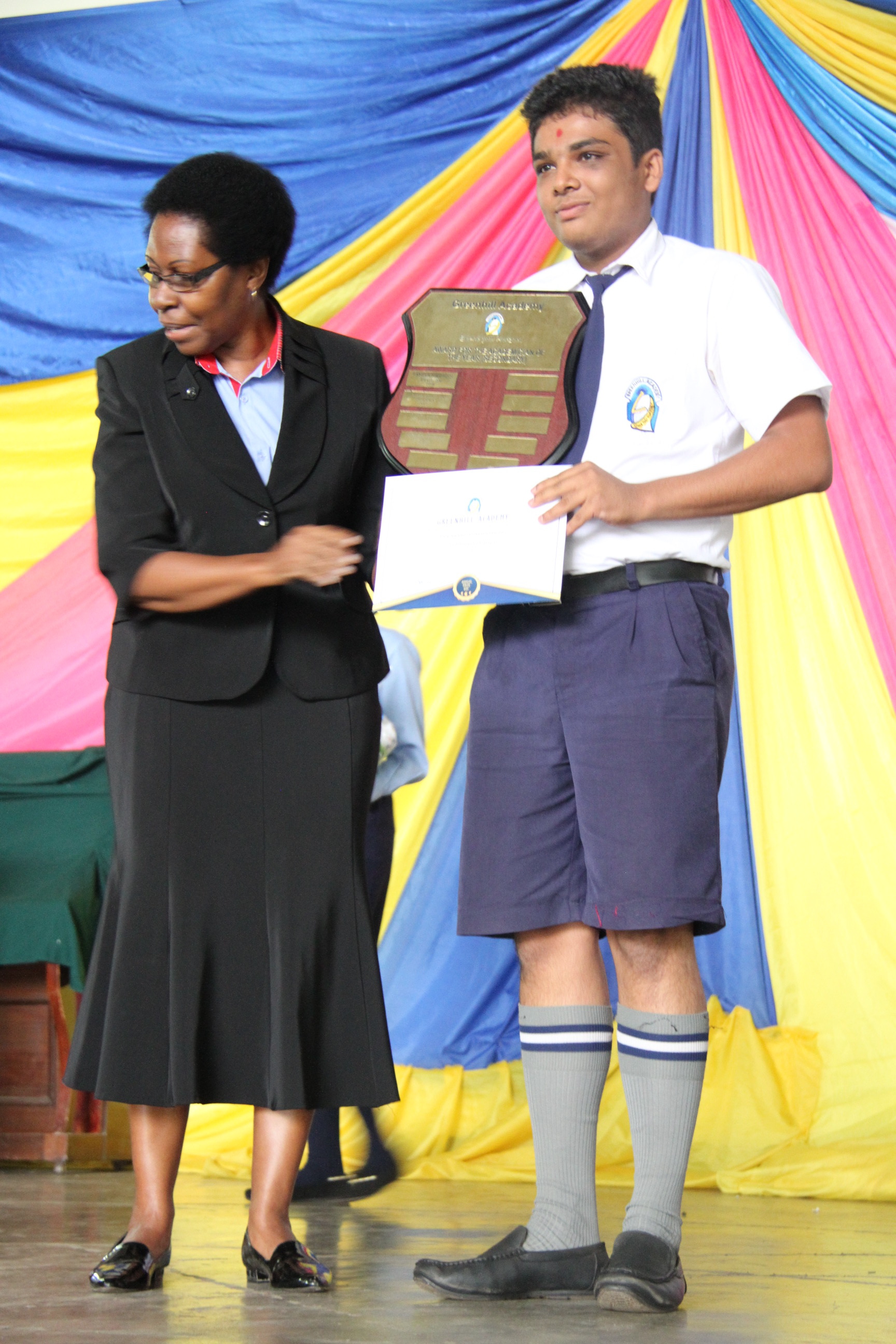 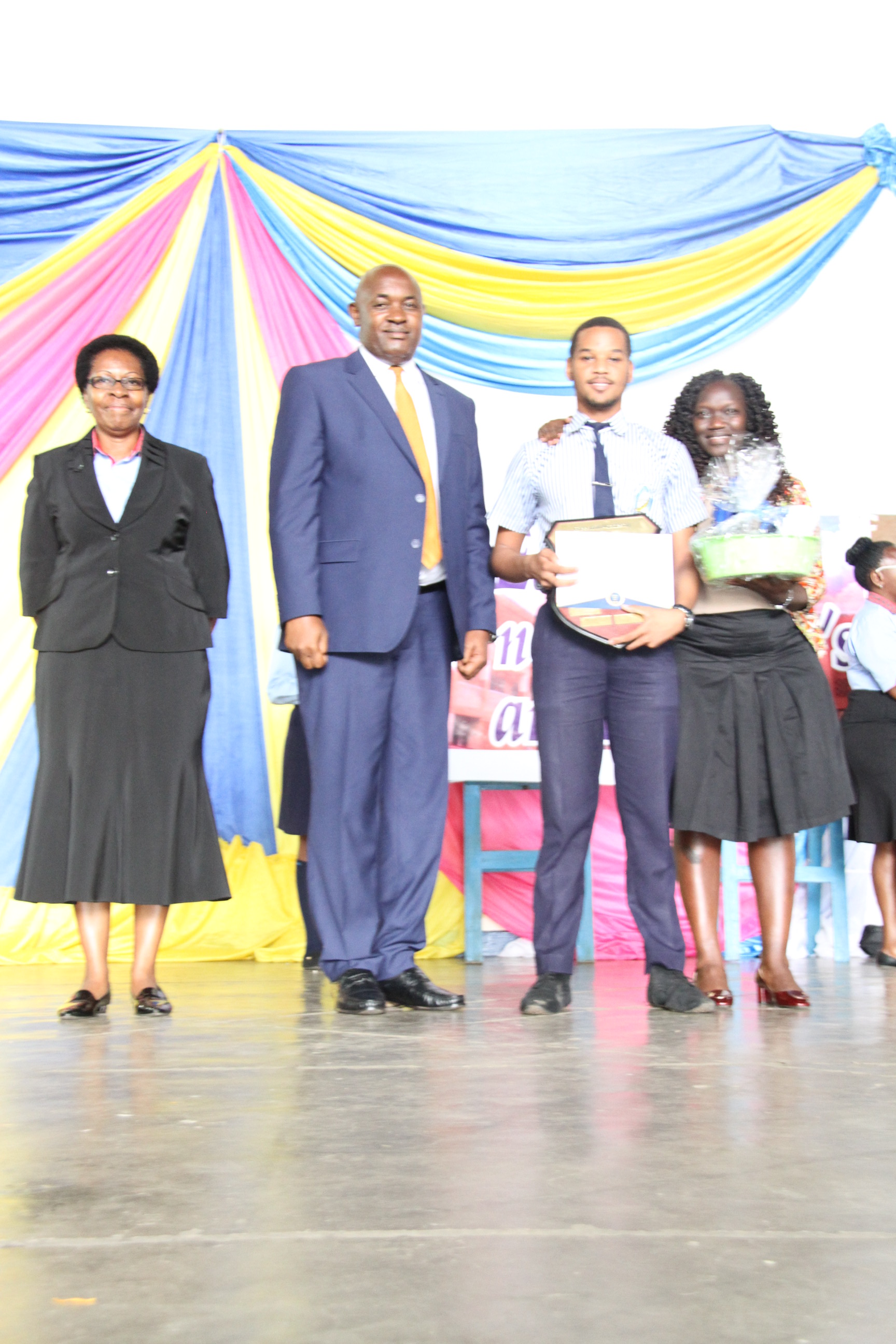 This year’s prize award held on the 30th of September 2019 themed, ‘Excellence is not a skill, it is an Attitude’ had, Hon. Chris Baryomunsi, the State Minister for Housing-Government of Uganda as the Guest of Honor. Introduced by the Rector, Mrs. Joy Veronica Maraka, the Guest of Honor thanked all the parents who were in attendance during the ceremony; urged the awardees of the ceremony to treasure their awards and certificates as these distinguish them from their peers and can be of great importance in their future and; encouraged the other students who had not been awarded to aim to be awarded during the next prize award ceremony.
During this year’s ceremony, the most supportive parent, Mrs. Linda Ochieng was recognized and, the students who won the most prestigious awards of the day who were; Karla J. Mugisha (S.1) who scooped the Sports Personality of the Year for steadily managing to balance her academics with sports and leading the school to victory in various swimming competitions; Kyabaggu Mark (S.6) who emerged the Mathematician of the year; Chris Gregory (S.6) who won the Student of the year award for depicting the all-round and responsible student Greenhill seeks to groom; Taremwa Ezra Stone (S.6) who won the Ubuntu award for his humanity, humility, pro-activeness, helping hand, responsibility to mention but a few aspects he possesses and; Vekariya Shubham(S.4) who scooped the Academician of the year award for consistently performing highly.
We congratulate all the awardees. Below is a full list of the winners of this year’s Secondary School prize award ceremony.